The Shadow Cats of Ephesus

Like the cats that live among its ruins, the ancient city of Ephesus has managed to live nine lives—if not more.  Ephesus, in present-day Western Turkey, was one of the wonders of the ancient world and, I believe, a wonder of the present world. After its founding as a Greek Colony in the tenth century B.C., it quickly developed a reputation as a political, religious and cultural center.

Two millennia ago, Ephesus was a bustling seaport, with a complex system of government, a stunning library, running water, a sewer system, two stadiums for theatrical productions and athletic contests, restaurants, at least one brothel, and a cemetery for gladiators.

In the book of Revelation, Ephesus is one of seven religious centers mentioned. The Gospel of John might have been written there. St. Paul lived there for two years, and may have penned not only his first letter to the Corinthians, but his letter to the Ephesians.  Some people believe it was the place where Mary, the mother of Jesus, spent the last years of her life. 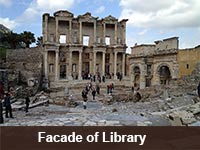 The city’s population reached a quarter-million during the first century B.C., and it retained its vibrancy for centuries afterward. At various times during its history, it was ransacked by invaders, destroyed by earthquakes, and stranded when silt closed off sea access. Its citizens had to move the location at least twice in order to maintain water access. 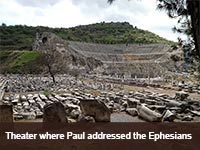 It is the home of at least a dozen—probably many dozen—cats. I call them “shadow” cats, similar to the “ghost dogs” of Pompeii. They are animals without an “owner,” nor a specific human companion dedicated to their care. Instead, they belong to the landscape, and their care is a community effort. Local residents feed them, and local veterinarians take care of their medical needs. One of the cats we saw has had some kind of medical care, and you can see the fur growing back in to what appears to have been a shaved patch. 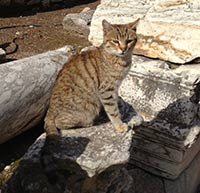 The cats appear smug, perhaps for good reason. They lay about, knowing that after dark, when the ruins are silent, the ghost of Cleopatra will rise from the ruins to hold a séance to bring forth the ghosts of their ancestors. What good that does, I have no idea, but I think it seems important to them.

Sometimes they sun themselves on a mosaic floor, in a roped-off area safe from tourists. At times, for some reason, they race from roped-off safety, slaloming around tourist legs, and bound up stacks of marble blocks. They’ll stop, crouch, and stare at tourists. Someone will throw a piece of cracker or another tidbit. The cat will remain tense, staring at the food, perhaps the end of his tail twitching. Maybe he’ll creep forward to get a better sniff. But, in several hours of watching the shadow cats, I didn’t see even one eat something dropped by a tourist. Instead, they just pose and stare a while, then, they silently slip away and disappear in the ruins. They disdain handouts. Hunters bound to an ancient place will never accept handouts. Those are for dogs.

The cats shadow the tourists, slinking along the path next to them, but out of reach. They refuse touch, or affection.  No matter now stealthily or quickly you try to pet one, it’s like touching a shadow; you see it, but, then, it’s gone. When you turn, to walk away, it appears again, perhaps following you, or perhaps just watching, waiting for people to leave, the night to take over, and the spirits rise. Perhaps it bothers them to see ordinary mortals walking on the same stones that once felt the steps of Julius Caesar, Anthony and Cleopatra, John the Baptist, St. Paul, and perhaps even Mary. 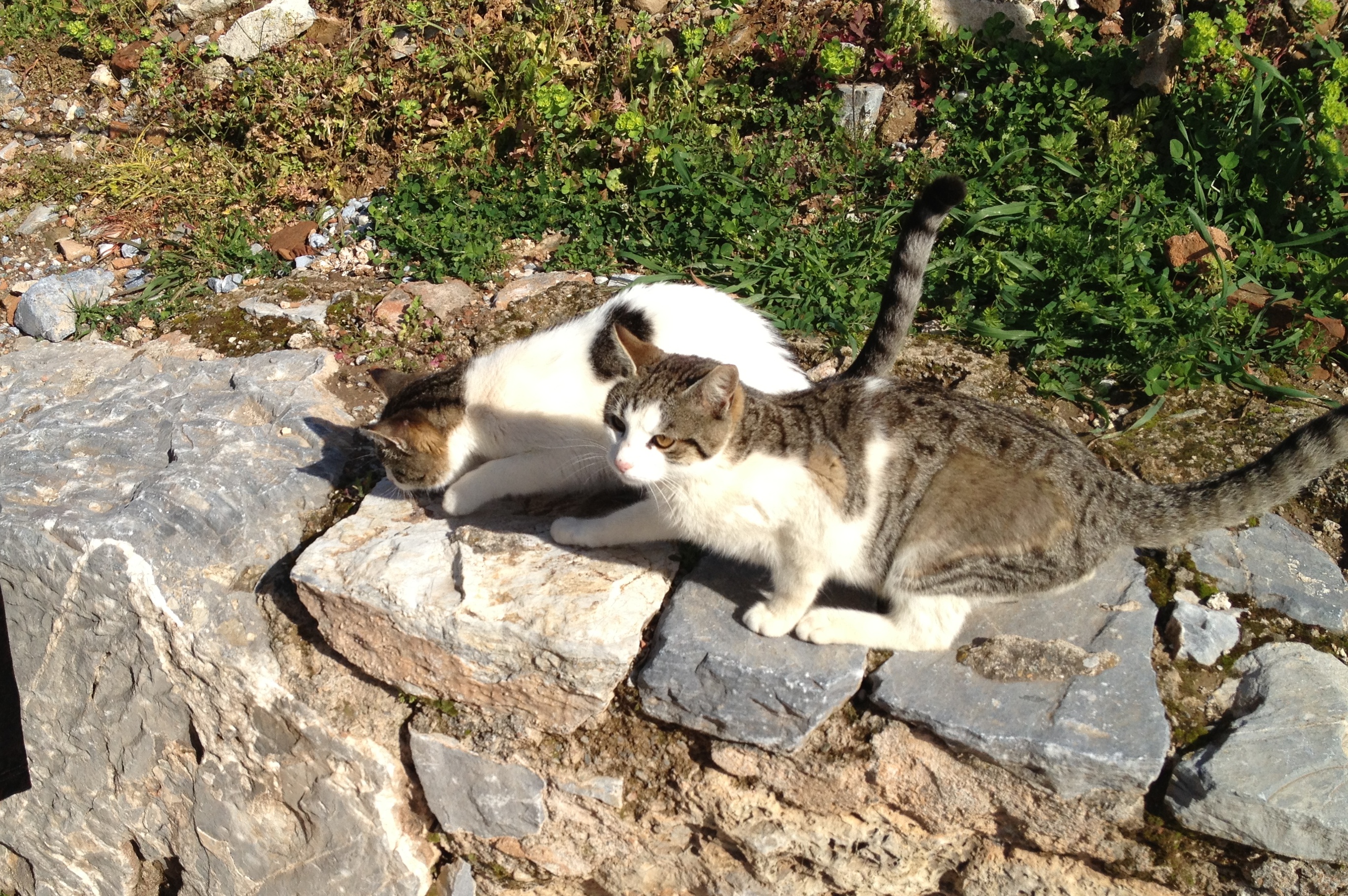 The city, so important in World history, is once again attracting visitors. Thousands of tourists walk through the ruins each week, and archeological work is ongoing—and will be for decades. Even though the visible remains of Ephesus are impressive, they make up only 15% of the original city, with the remainder either partly or totally buried under centuries of silt and debris. As more houses and columns are recovered, I suspect more cats will rise with them.